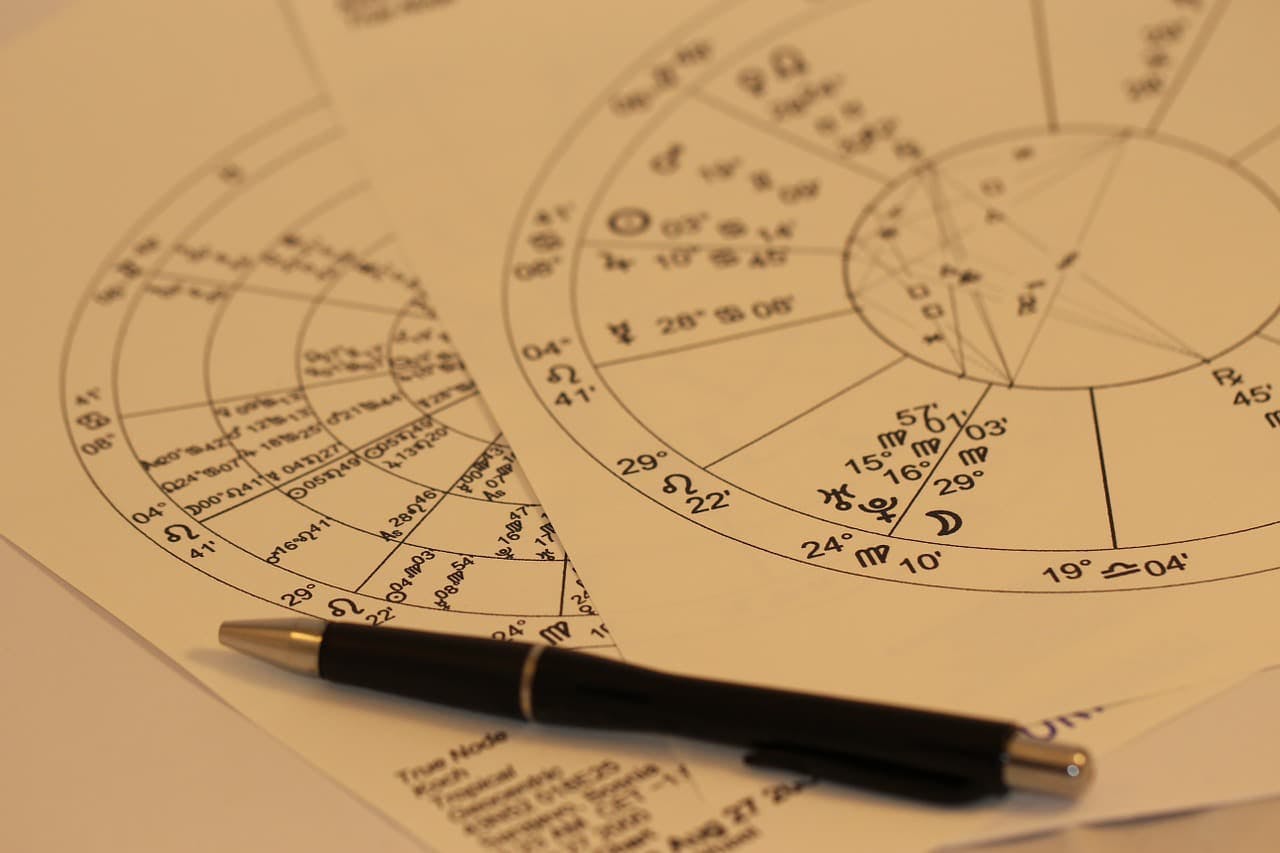 The Science Behind the Barnum Effect

Have you ever believed in a Horoscope?

Many years back, before international travel became as common as it is today and before I even had a passport, a fortune-teller prophesied that I would be traveling a lot between 2014 and 2018. He was so specific that I just could not ignore the prediction. So, I diligently stood in a long queue and went through the whole (somewhat tedious) process of getting a passport.

To be fair to the fortune-teller, he was not entirely wrong. Come 2014, I got married and moved to a different city from where my head office was — and as a result, I ended up traveling every week to the head office for work. This was all within India. Did I use my passport? Unfortunately, not as much as I imagined I would.

The fortune-teller made a generic statement. What young, fresh graduate does not want to believe he or she will travel? It was a safe prophecy to make. Full marks to him!

What is it about predictions, fortunes, and horoscopes that make us want to believe them? As it turns out, it is less to do with astrology and more to do with psychology.

The Royal Connection to Horoscopes

Would you believe it if I told you the modern-day horoscopes owe their existence to the feisty Princess Margaret?1 Just like it would be today, it was a massive event for the public in 1930 when the royal family announced the birth of Princess Margaret. Everyone wanted to know more about her. Newspapers were falling over each other trying to bring in new stories and perspectives about this royal event. Amidst all this competition, John Gordon, the editor of The Sunday Express, chanced upon a brilliant idea: he decided to print a horoscope about the Princess’ life. He roped in a young astrologer, Richard Naylor, to gin up stories about the future.

The first article published three days after her birth and titled “What the stars foretell for the new princess” was a runaway hit. But surprisingly, the readers had a peculiar question for the editor. Thousands of letters came in asking the editor if the horoscope was valid for them—if indeed they were born on the same day as the princess. This got John Gordon thinking. Until that time, horoscopes were specific to each person and their birthday. But if people wanted to know about their future, how could he leverage this opportunity?

Naylor was given the task of coming up with a way to foretell every person’s fortune, but, of course, while restricting it to one column. After some research, he came back with the idea of dividing the predictions into 12 sun-signs or the 360° path of the sun split into 30° sectors, namely Aries, Taurus, Gemini, Cancer, Leo, Virgo, Libra, Scorpio, Sagittarius, Capricorn, Aquarius, and Pisces. And so started the weekly column, “Your Stars,” that told each person how their week would look.

And just like that, the modern-day horoscope was invented.

Naylor may not have realized it then, but he had made use of several psychological tricks in doing what he did. By naming the horoscopes after constellations, he had made them look credible. By giving people a group to belong to, he had made them feel related. By being specific-yet-broad, he made each person feel like the horoscope had been written just for them. This last effect is called the Barnum effect or the Forer effect.

The Barnum Effect is defined as the effect “that occurs when individuals believe that personality descriptions apply specifically to them (more so than to other people), even though the description is actually filled with information that applies to everyone”.2 It takes its name from The Greatest Showman himself, PT Barnum, of the Barnum and Bailey Circus. Barnum— who was a master manipulator and showman—was known for the (perhaps apocryphal) quote: “We’ve got something for everyone.”

And indeed, horoscopes do have something for everyone. The Barnum effect was coined by psychologist Paul Meehl, who termed horoscopes and other such vague personality descriptors as Barnum statements.3 Or, in other words, statements that everyone feels are right for them. An example of such a statement would be “at times you are extroverted, affable, sociable, while at other times you are introverted, wary, reserved.”

As you know by now, horoscopes and predictions rely heavily on this type of communication.

Jonathan Cainer is one of the most successful horoscope writers — having written for the Daily Mail, Mirror, and The Guardian4 — and his horoscopes are read by millions every day. What makes his horoscopes stick is his perceptive understanding of his readers’ states of mind. That is, Cainer realized that people often rely on horoscopes when they are not happy or are worried about the future. Thus, all he had to do was encourage in as generic a way as possible.5

The science behind the Barnum Effect

The success of general encouragement is a well-documented phenomenon. Psychologist Bertram Forer’s paper “The Fallacy of Personal Validation” is one of the earliest works on this subject.6 In an exciting experimental design, he administers a personality test to his students. A week later, each student is given a so-called “individualized” sketch of their personality. What the students did not know was that they all received the same sketch, consisting of many “Barnum” statements. Some of these were:

The students were then asked to rate how well it applied to them. The average rating received was 4.30, on a scale of 1 (not accurate) to 5 (very accurate). Forer hypothesized that crystal gazers, personality tests, and fortune-tellers all latch onto two aspects: universal validity and personal validation. The experiment was replicated in a recent paper, with similar results.7

Implications for the product and marketing world

What does this mean for business? The knowledge that people tend to believe generalities as irrelevant to them when delivered from an authentic source does not mean we have to deceive customers. But, it does teach us valuable lessons about how we can engage better with our stakeholders. Here are some thought starters:

Personalization: The world of Spotify and Netflix has shown us that personalization works. One of the reasons it works is because of the magical words “for you”. Having spent a lot of time running around in rabbit holes suggested by these companies, I often ask myself why I even entered these holes in the first place. You know the answer now!

Content: The Barnum Effect gives a good trick for getting the content right in product design: specific, yet generic. Not everyone needs to build a personalization algorithm; sometimes, the right content can get you there as well. Phrases such as “just for you” and flattery work well. The iconic L’Oreal tagline “Because you are worth it” shows us how the right phrase can make the right impact.

Block Personalization: Naylor’s horoscope story tells us something important. People like belonging to groups. Sometimes, personalization may not be worth the effort, but how about segmenting customers into groups and personalizing for the groups? This does two things: (a) It makes the customers feel like they belong to a group and (b) because they relate to the group, the Barnum Effect can then be used to address the group in the right way.

Performance Management: An exciting area where this effect plays out is in feedback. In most companies today, the concept of 360-degree feedback exists — that is, employees get feedback from reportees, superiors, and peers. When forced to give feedback to many people, employees tend to subconsciously resort to being generic. The person who received the feedback assumes it is meant for them. Being aware of this may change the nature of feedback.

Horoscopes have been around for at least 2,000 years8. And let’s face it, they will likely be around for a long time more — at least as long as people need to feel reassured and happy about themselves. The psychology behind why they work opens up a world of ideas for product design and marketing.

Preeti Kotamarthi is the Behavioral Science Lead at Grab, the leading ride-hailing and mobile payments app in South East Asia. She has set up the behavioral practice at the company, helping product and design teams understand customer behavior and build better products. She completed her Masters in Behavioral Science from the London School of Economics and her MBA in Marketing from FMS Delhi. With more than 6 years of experience in the consumer products space, she has worked in a range of functions, from strategy and marketing to consulting for startups, including co-founding a startup in the rural space in India. Her main interest lies in popularizing behavioral design and making it a part of the product conceptualization process.

My main mission is to figure out the application of Behavioral Economics in the commercial world. Let’s dive into three useful applications.

How (Not) to Use Behavioral Economics to Influence Consumer Decisions

How does Viagogo, an online marketplace for ticket resale, apply behavioral economics to influence consumer decisions?

Should companies stop retargeting? Probably not. But, it does help for advertisers to start thinking about the negative effects of such strategies.

With a retail apocalypse, low unemployment, and automation at our heels, leaders are worried. Companies turn to innovation, hoping to disrupt before they become disrupted. This all sounds good. But what do companies really do?