The economist who is humanizing the dismal science 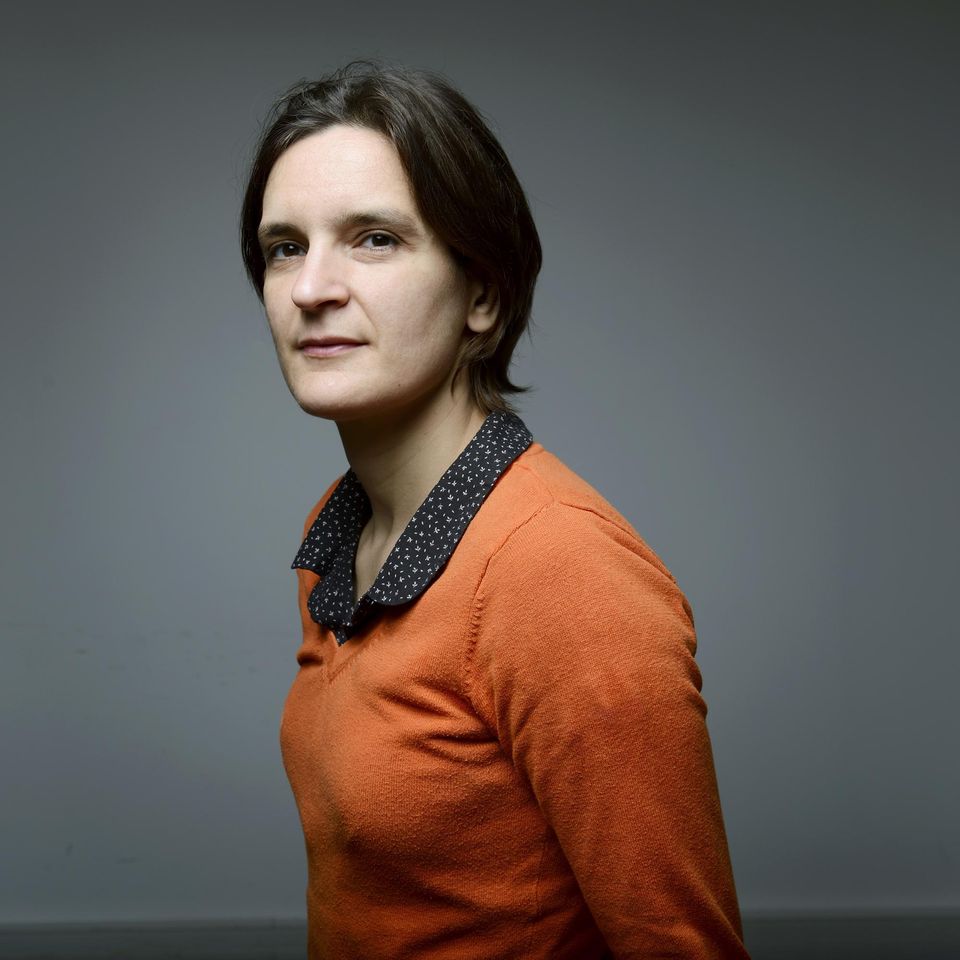 Esther Duflo is a French-American economist and a professor at MIT. As a co-founder of MIT’s Poverty Action Lab (J-PAL), she has spent her career researching the economic lives of the world’s poorest people, and finding ways to alleviate poverty that are grounded in behavioral science. In 2019, she became the youngest person ever to receive the Nobel Prize in Economics, which she won alongside Abhijit Banerjee and Michael Kremer.

Laypeople and economists alike have a tendency to simplify poverty and the people who experience it, leading them to suggest policies and aid campaigns that are overly reductive. Instead of following suit, Duflo and her colleagues take an experimental, evidence-based approach that has revolutionized the way social policy research is done. According to J-PAL, the initiatives led by the institute and others in its network have directly affected policy in 28 countries, reaching over 400 million people.1

Duflo’s research has revolutionized the way economists approach poverty alleviation, and centers science in a debate that can often be more ideological than empirical. The core of her strategy, and the thing that won her the Nobel, is methodology: rather than implement strategies that intuitively seem like they should work, Duflo and her colleagues, Kremer and Banerjee, use randomized control trials (RCT), the same approach used by medical researchers, to study poverty interventions. In these experiments, participants are randomly assigned to either an experimental or a control condition, and their outcomes are compared.

In one study Duflo conducted with the aim of reducing teacher absenteeism in India, she compared attendance rates of two groups of teachers. One group was a control; in the other, teachers’ pay was tied to their attendance, and Duflo required the teachers to take a photograph of themselves with their students every morning, to prove they were there. These teachers were half as likely to be absent, compared to the control group that didn’t take photos.4,6

Duflo argues that without RCTs, poverty reduction efforts are about as useful as medieval doctors treating their patients with leeches and hoping for the best.3 As she and Banerjee explain in Poor Economics, generally speaking, there are two positions that economists can take when it comes to poverty: People who are politically left-of-center tend to advocate for more aid spending, while more conservative voices argue that these programs leave people overly reliant on aid and that they infringe on people’s freedom to choose how to live their lives.2

Which stance is correct? Without science, it is very hard to know. We can’t really evaluate the impact of aid, because we don’t know how things would have turned out in that same community had aid not been provided.3 But by using RCTs, Duflo and her colleagues are able to determine not only what works, but why it works. People in poverty are susceptible to the same cognitive biases as the rest of us, meaning that we can apply what we know about behavioral science to nudge them in a certain direction.

Although Duflo was not the first to use RCTs for social policy research, she is one of the names most prominently associated with it, alongside Kremer and Banerjee. Their approach has earned them the nickname “the randomistas.” The movement is revolutionizing the field: between 2000 and 2012, the number of published economic studies relying on RCTs went from less than a hundred per year to nearly 400.5

By asking more specific research questions, Duflo’s research has shifted the focus of the debate on poverty alleviation from overly broad problems to more concrete ones, allowing economists to get a better understanding of particular communities and phenomena. Where others have searched for sweeping solutions and come up short, Duflo and her colleagues have concentrated on untangling smaller problems, seeking to understand the nuanced lives of the people she hopes to help. As a result, they have found interventions that make a quantifiable difference.

Arguments about how to alleviate poverty tend to rely on generalizations about how poverty, and people, work; they reduce the debate to the simple question of whether or not aid is useful. Duflo argues that this is a mistake and that there are no universal answers to how we can best target poverty. Instead, we need to make this assessment on a case-by-case basis and break up the big-picture questions into more specific ones.

For example, rather than asking the question of how we can end poverty, in one study, Duflo zoomed in on one component issue: immunization. She and her colleagues ran an RCT at vaccine clinics in more than a hundred Indian villages, where they compared the effects of incentives (in this case, a kilo of lentils) and increased clinic accessibility on the rate of immunization. Even though a kilo of lentils is a very small incentive, they found that it hugely increased the number of people who came in to get vaccinated. By investigating questions like these, not only can we test concrete strategies, but we can also learn more deeply about what motivates people, and how people make decisions.3

As Duflo and Banerjee write in Poor Economics, the habit of making broad-brush statements about how to fix poverty is rooted in a tendency to simplify the lives of poor people themselves. The research on poverty often does not do justice to the complexity and richness of the lives these people lead. Duflo even admits that she was initially surprised when real-life poverty did not conform to her expectations.2 This more nuanced approach gives us a more human, more nuanced picture of how people live.

Esther Duflo was born in Paris, France, in 1972.8 Because her father was a mathematician, and her mother was a pediatrician, Duflo grew up feeling torn between academia and more humanitarian pursuits. She wanted a career that would satisfy her intellectual curiosity, but that would also allow her to effect real change in the world.

As an undergraduate studying history at l’École normale supérieure, she spent ten months in Moscow working as a research assistant for the American economist Jeffrey Sachs, who was advising the Russian Minister of Finance at the time. While working for Sachs, a leading expert in sustainable development and poverty alleviation, Duflo began to think of economics as a powerful tool for change. She went on to complete a master’s degree in economics at DELTA (now known as the Paris School of Economics), and then a PhD at MIT. She was offered tenure at MIT as soon as she had finished her doctorate, and she co-founded J-PAL in 2003.

Duflo, along with Kremer and Banerjee, is credited for creating the “randomista” movement and setting off a shift in social policy research. While Kremer was the first to use this approach in the 1990s,5 Duflo was the one to “set in motion a randomization industry,” partnering with many different people in many different countries to spread RCT methodology around the world.4

While Duflo is clearly a brilliant researcher, her work at the Poverty Action Lab puts the “emphasis … on action.”7 As an economist, she believes it is crucial to be in communication with policymakers, and to translate academic findings into practical solutions. Like many behavioral scientists, she has argued that the “dismal science” of economics should be transformed into a human science, one that is based not on how people “should” act, but how they actually act.10

“What is striking is that even people who are that poor are just like the rest of us in almost every way. We have the same desires and weaknesses; the poor are no less rational than anyone else—quite the contrary. Precisely because they have so little, we often find them putting much careful thought into their choices: They have to be sophisticated economists just to survive. Yet our lives are as different as liquor and liquorice. And this has a lot to do with aspects of our own lives that we take for granted and hardly think about.”

“Awareness of our problems thus does not necessarily mean that they get solved. It may just mean that we are able to perfectly anticipate where we will fall.”

“We have to make a society that works for the majority of people, not the extremely motivated ones.”

“There is a lot of noise in the world … [a]nd there is a lot of idiosyncrasy. But there are also regularities and phenomena. And what the data is going to be able to do—if there’s enough of it—is uncover, in the mess and the noise of the world, some lines of music that actually have harmony. It’s there, somewhere.”

“This urge to reduce the poor to a set of clichés has been with us for as long as there has been poverty: The poor appear, in social theory as much as in literature, by turns lazy or enterprising, noble or thievish, angry or passive, helpless or self-sufficient. It is no surprise that the policy stances that correspond to these views of the poor also tend to be captured in simple formulas: “Free markets for the poor,” “Make human rights substantial,” “Deal with conflict first,” “Give more money to the poorest,” “Foreign aid kills development,” and the like.”

In this book, Duflo and Banerjee describe their research on poverty using RCTs, and challenge many of the myths and assumptions that undergird discussions about poverty.

These days, we are grappling with a number of large-scale crises: climate change, inequality, automatization, and more. In this book, named one of the The Economist’s “Books of the Year,” Duflo and Banerjee present evidence-based strategies to combat these problems.

On the official J-PAL website, you can read more about the work that Duflo and her colleagues have done, as well as find extensive research resources, including checklists for project design

In this interview, Duflo explains her motivations for becoming an economist and why she believes it can provide solutions to global problems.

This article is a detailed look at Duflo and her work.

At a panel hosted by the New Yorker, Duflo, alongside economist Jeffrey Sachs, weighs in one the role of economists in alleviating poverty.

Julian is passionate about understanding human behavior by analyzing the data behind the decisions that individuals make. He is also interested in communicating social science insights to the public, particularly at the intersection of behavioral science, microeconomics, and data science. Before joining The Decision Lab, he was an economics editor at Graphite Publications, a Montreal-based publication for creative and analytical thought. He has written about various economic topics ranging from carbon pricing to the impact of political institutions on economic performance. Julian graduated from McGill University with a Bachelor of Arts in Economics and Management.