To Nudge, or Adjudge? That’s the Enviro-Policy Question

Ensuing America’s election of Donald Trump, many Canadian energy producers are feeling ill at ease about our nation’s future environmental policy. This sudden apprehension surfaced after realizing the U.S’ new position on energy. President-elect Donald Trump has pledged to withdraw from the Paris climate agreement, has repeatedly denied the existence of climate change, and has expressed his will to repeal some of America’s current environmental regulations. In sharp contrast, Ottawa announced plans to impose a controversial national carbon tax, which aims to charge $50 per tonne of carbon emitted by 2022, according to BNN. The Canadian energy industry is imploring our government to rethink carbon taxes as it will curb their leverage with the U.S, our biggest trading partner. This article uses insights from behavioral economics to propose the implementation of nudges as a more innovative solution to traditional carbon taxes.

Within the domain of environmental economics, regulating through constraints on prices and quantities are common. In both cases, regulators intend to generate behavioral change so that consumers will pollute less. Attempts of behavioral change stem from the classic carrot and stick approach, which produces desired behaviors through a combination of rewards and punishments. However, these conventional methods are riddled with several drawbacks.

From a logistical perspective, taxes are sometimes difficult to implement (Gaunt, Rye, & Allen, 2007) as they frequently meet resistance from political parties and lobby groups. Firstly, carbon taxes raise issues because of economically misinformed consumers. At the basic level, agents struggle to differentiate Pigouvian taxes (intended to correct an externality) from Ramsey ones (intended to raise revenues). As consumers are generally opposed to the implementation of taxation, the ‘social cost’ of carbon tax adoption increases, which can potentially lower altruistic motivation to reduce energy consumption (Ouvrard & Spaeter, 2016). Even if carbon taxes successfully reduce agents’ energy consumption, it is unlikely that the fiscal deterrence itself will persuade them that polluting is harmful.

Further, governments need to consider the level of specificity in the information required to properly implement carbon taxes. Regulators must perfectly know each agents’ environmental sensitivities (concern for the environment) and risk perception (evaluating global warming as a threat) to calculate the optimal carbon tax (Ouvrard & Spaeter, 2016). Clearly then, acquiring the necessary data to formulate the optimal carbon tax on a mass scale is unfeasible. This suggests that other carbon tax models will be economically suboptimal. Nevertheless, some carbon tax models are good in theory.

Some potentially good carbon tax models offer cash rebates to low-income households to protect them from the burden of taxation hikes caused by richer agents who consume more energy. However, even this model is flawed because it precludes price sensitivity. This occurs because rebates depend on an agent’s consumption in comparison to the average energy consumption of every other agent. So, if the government cannot connect this marginal incentive to effective wealth, then a marginal dollar in incentive will over-motivate the poor, and under-motivate the very rich (Galle, 2013). Clearly, even otherwise well-intentioned models fail to adjust to varying levels of wealth — a fact that is especially troublesome considering our current wealth inequality.

We desperately need an alternative method. Nudging is one effective tool with the potential to serve as a viable solution to current challenges faced in environmental policy. By definition, a nudge improves consumers’ behavior by making them conscious of their behavior either by disclosing useful information or by using simple techniques like default options (Thaler & Sustein, 2009). In this way, a nudge is simple, affordable, and non-intrusive.

One simple example is installing ‘smart thermostats’ like the Nest Learning Thermostat. The initial choice results in savings on the energy bill, and reduction in overall energy usage. In fact, independent studies from Nest have shown that users save up to an average of 10-12% on heating bills and 15% on cooling bills. Like nudges do, this thermostat shares the history of energy usage on users’ mobile devices. This positively reinforces consumers to retain their eco-habits, or motivates consumers to conserve even more. This thermostats unknowingly uses behavioral economics as it automatizes behavioral, which reduces the cognitive effort of actual behavioral change. As a result, it is more likely to equally impact both rich and poor households as the thermostat is programmed to reduce energy consumption when it is not needed.

Fig 1. An example of the energy history data stored on Nest’s mobile app.

Energy suppliers have also implemented nudges. Opower, the American electricity company, employed social normative messaging. This nudge involved comparing a person’s electricity usage to that of their neighbours in the attempt to reduce overall electricity consumption. Empirical findings showed promise. Schultz and colleagues (2007) reported that the use of normative messages with injunctive emoticons were effective at reducing energy consumption. According to one estimate, this program reduced consumption by 2% (Allcott, 2011).

Fig 2. A draft of Opower’s Home Energy Report (HER), with comparative data and adjunctive emoticons.

Marketers can also nudge consumers to buy eco-friendly appliances by strategically designing energy efficient labelling. In a choice experiment with various labelling conditions, preferences for household appliances were analyzed. Newell & Siikamäki (2013) found that basic information on the economic value of saving energy was the most important element in promoting cost-efficient investments in energy efficiency appliances. Physical energy use and carbon dioxide emissions helped additionally but with lesser importance. 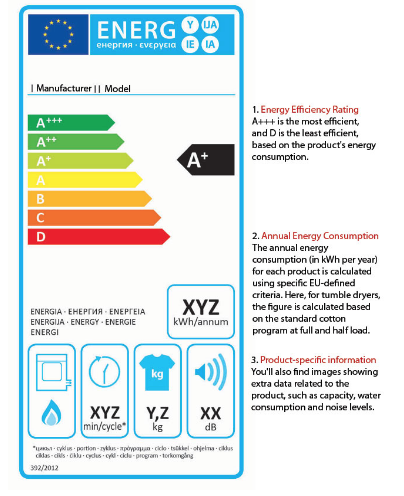 Fig 3. An example of a strategically designed energy efficiency label.

In conclusion, nudges are a step in the right direction. We should add them to our toolkit to prepare us for when the good old fashioned carrots and sticks fail to work. We should not rely on such outdated techniques. There is no room for them in our thriving age of information.

Arash is a student researcher at the Centre for Multidisciplinary Behavioural Business Research at Concordia University. He is interested in studying the cognitive and neurobiological mechanisms of decision-making.

Nudges don't mandate behaviors like laws, but are nudges manipulating people into decisions they would not endorse upon reflection?

Dancing to the Tunes of a Choice Architect

Choice architecture can help policymakers or marketers tweak a decision-making environment to influence the final outcome.

How Does Society Influence One's Behavior?

Although we like to think of our choices as our own, in fact, they are often profoundly impacted by the choices and views of our peers.