As we approach the holidays and (hopefully) the end of the pandemic, we’re all once again experiencing the joy of stuffing ourselves into small spaces with strangers to travel long distances. If you’re like us, 18 months of space has allowed a shift in perspective, and the ability to see things about crowds we might previously have become habituated to.

Despite the fact that many airports are designed with incredible care,1 being inside one comes with its share of frustrations. Going through security, boarding the plane, stowing your luggage, and even the boarding pass itself always elicit a momentary thought: There must be a better way to do this. 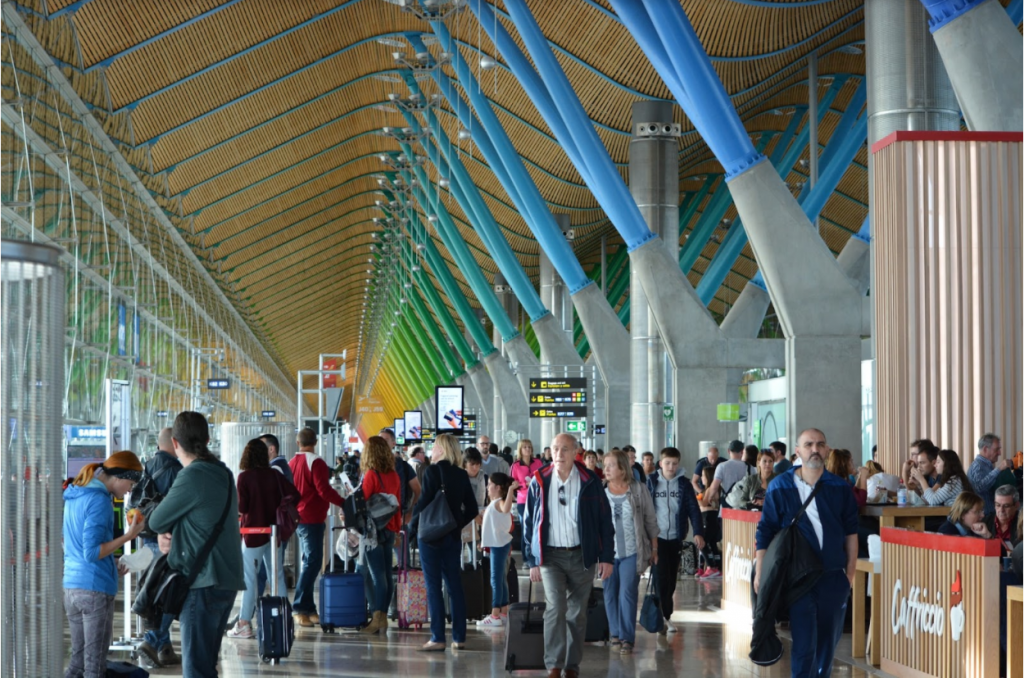 Fig. 1: Everyone’s favorite part of a vacation. Photo by John Oswald on Unsplash

Behavioral science is often used to look for consistent failure points and provide suggestions2 for how to remediate them, but it can offer predictions even more specific. When dealing with many individuals, or crowds, we can use a technique called agent-based modeling to understand how people interact with one another.

What is agent-based modeling?

Agent-based modeling (ABM) is an algorithmic method of creating multiple independent entities (“agents”) that react to stimuli according to predefined conditions. This allows you to imagine humans not as an amorphous mass, but as predictable elements in an equation.

Let’s look at an example: Considerable attention has recently been given to pedestrian evacuation in case of emergencies, such as fire, earthquake, tsunamis, or a terrorist attack. As people rush to escape situations like these and converge on a limited number of exits, there’s a big risk of injury or even death as a result of being pushed or trampled by the crowd. Reviews of evacuation videos3 and statistical physics models used to reproduce evacuation behavior have confirmed that the greatest bottlenecks are usually near exits. 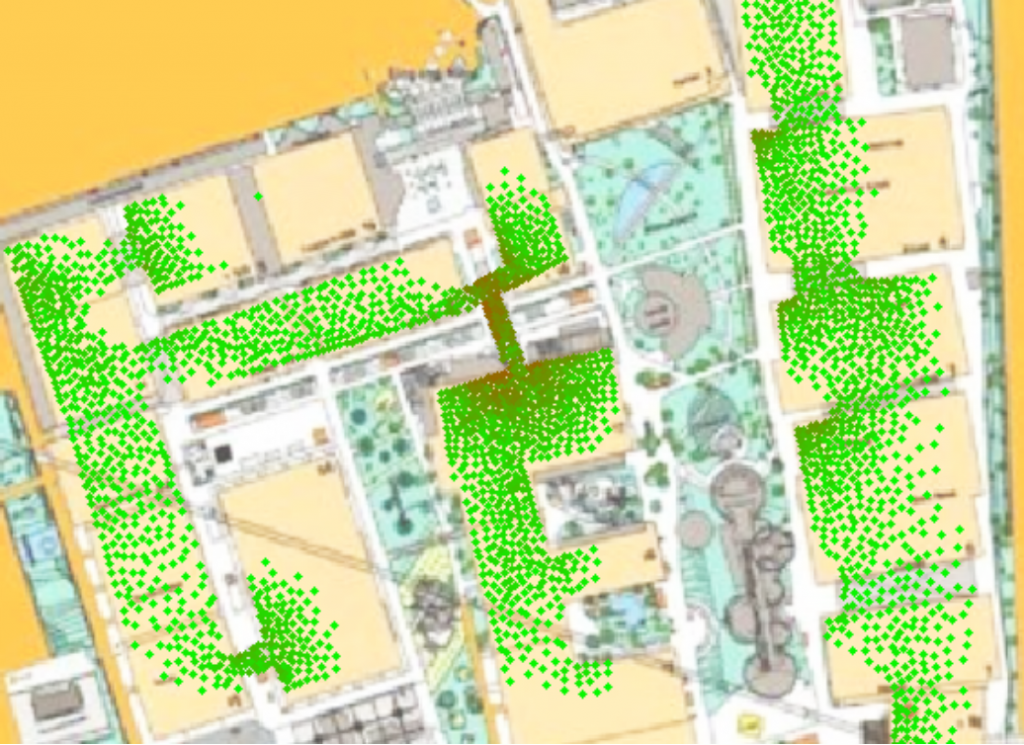 Fig.2: Snapshot of an evacuation simulation of a convention or exposition hall. (From Johansson et al., 2008)

Rather than view the pedestrians in this equation as one undifferentiated, panicking group, agent-based modeling approaches them as a collection of individuals who respond in predictable, rational ways to what’s happening around them. Researchers using this approach have been able to identify some surprising solutions to the problem: they tweaked their models by adding a pillar right in front of the exit and found that itreducedbottlenecks, because it would funnel people into two natural lines.4

While the pillar improved the movement out of the exit, it increased the time-to-exit. Another group of researchers decided that this added time was a hazard in itself, and discovered that by changing the obstacle from a pillar to a wide plane, both the bottleneckandthe time were reduced.4

What’s interesting about this isn’t just that it’s a neat, counterintuitive solution, but that the solution could not necessarily have been discovered by looking only at individuals. Placing obstacles in people’s way should not make them move faster—and for a single person, it probably wouldn’t. But by using an agent-based model, behaviors that were otherwise invisible become apparent.5

This brings us back to airline boarding. Not only is the front-to-back boarding method slow, it’s practically the slowest possible method of boarding a plane.6 It has been shown that even having people board at random would be faster.7

If we reimagine the passengers as agents, we can model their behaviors like putting luggage into the overhead compartment, getting up to let another passenger into their seat (aka seat interference),8 and so on. Researchers tested variations of this ABM experiment and discovered that the best way to board passengers is to have boarding groups alternate based on both row number and which side of the plane they’re on (see below). 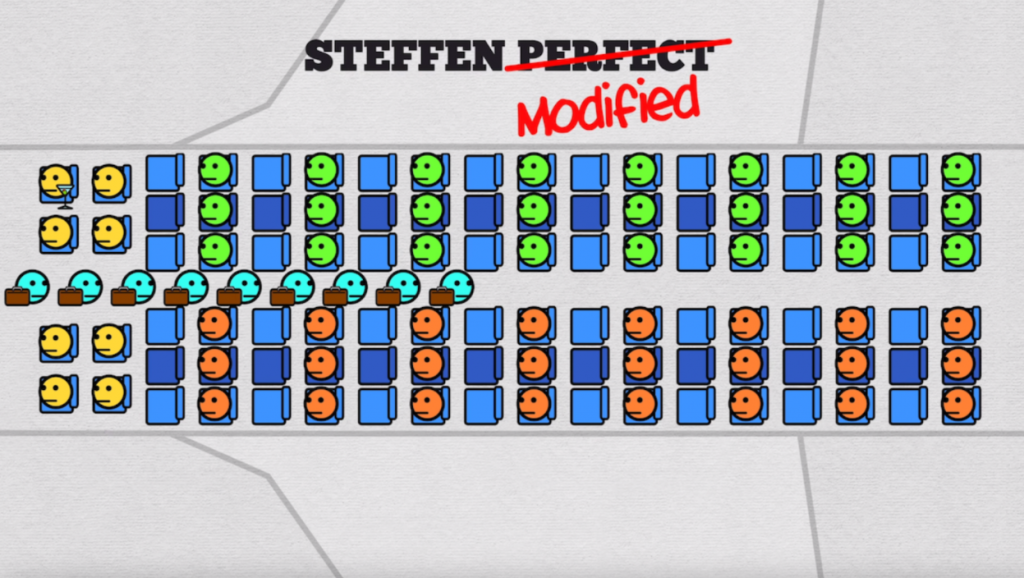 This method reduced the number of seat interferences from an average of 91 to 9. In terms of time, that’s shaving 11 or more minutes off the boarding process. This could save airlines roughly $300 per flight, and spare the rest of us a collective couple of million hours of waiting around per year.9

Why should you care?

You might be asking yourself at this point why any of this matters. Aren’t humans just agents, and all science “agent-based modeling”? To which we would say: yes, absolutely! ABM does indeed copy people, and it allows us to answer large, complex, or otherwise prohibitive questions by algorithmically replicating a close approximation of how humans behave. It’s not usually practical to load a few hundred people off and on an airplane over and over again to test which boarding method works best (although somebody has in fact done that).10

Applying ABM to real problems about the movement of tourists,11 organizational structures,12 and environmental protection12 allows us to achieve a new level of understanding about aggregate human behavior. Hopefully, this article helps reduce animosity toward any one person next time you’re stuck in foot traffic at a festival (take the time to explain ABM to them, I’m sure they’ll appreciate it!).

Note: ABM is more accessible than you think—there are easy-to-use tools in javascript and python that make implementing these techniques a powerful and relatively simple way to deliver business insights.

In a past life I was a monkey researcher. Today, I'm interested in a species of primate closer to home - and how we can leverage data-driven design to improve their interactions with technology, the environment, and the physical spaces they create. When I'm not working, I'm thinking about reefs, rainforests, scuba diving, and creating convoluted ecosystems for my dart frog vivarium. I also like to take my product hat off and design for fun (right now it's a board game, but we'll see about next month!).

Graham is a design generalist who's interested in fusing data science with behavioral science, and how they can be used to increase social good. He is currently lead UX Designer at Akitra, inc. and holds a BS in Applied Statistics from UC Davis, where he won a departmental citation award for co-founding the United States' first entirely student-run data science conference. In his free time, he likes designing board games, reading serial fantasy novels, and failing to find the perfect chai recipe.

Can Emojis Prevent People From Speeding?

When it comes to designing traffic signs, it may make sense to use emojis instead of words.

Game theory offers a surprising strategy to make city streets safer: get rid of traffic signs. In some cities, it's already working.

As we continue to evolve into an increasingly globalized world, air travel has become a mode of transportation used by the masses. How has the pandemic changed aviation, and what does the future look like?