The EU Consumer Policy on the Digital Market: A Behavioral Economics View

Nowadays, the Internet is of great importance for peoples’ lives. People use it to make up their mind and improve their daily actions. The concept of shopping was inevitably affected, as well. E-commerce has many positive effects on both buyers and sellers, thus consumers could have saved a lot of time and money if they were more well-informed and less biased about purchases on the web.

According to a report by Nielsen titled ‘Trends in Online Shopping a global Nielsen consumer report’ (2008, p.1):

“According to a recent global survey conducted by The Nielsen Company, over 85 percent of the world’s online population has used the Internet to make a purchase, up 40 percent from two years ago, and more than half of Internet users are regular online shoppers, making online purchases at least once a month.’’

According to page 5 of this Agenda:

“E-commerce can deliver considerable welfare gains since consumers have at least twice the choice when shopping online rather than offline. Cloud computing in particular can offer more flexible services that are device or platform independent. It has been calculated that, if e-commerce in goods reaches 15 % of retail sales and all Single Market barriers are removed, the overall gain for consumers would be around EUR 204 billion (1.7 % of EU GDP).”

In this document, the European Commission describes, amongst other issues, the problems that arose in the 21st century because of economic and societal changes in the European area, as well as the solutions they suggest. Such issues are the ‘digital revolution’ (which has already been mentioned), the social exclusion, and the knowledge deficit of the European consumers.

All these problems and their suggested solutions are related, and could be explained by the principals of Behavioral Economics. Three of them will be highlighted in this article.

The Power of Habits

“The internet has fundamentally changed the way consumers shop and businesses advertise and sell their goods and services. It has created innovative ways of organizing, accessing, sharing and evaluating information”

Based on both of aforementioned quotes, it seems that a large increase of digital purchases would have a significant positive impact for European consumers, but there’s a lack of motivation for them to do so.

Behavioral sciences could shed light, in that case, on one of the cognitive effects, which is mainly based on psychology, Default Bias. Default Bias suggests that humans usually choose the default option that is available to them, in order to avoid the discomfort of complex choices.

That’s basically the bias that the European consumers fall into. Even though the positive aspects of e-commerce, such as discounts, saving time or finding stuff which are available only via the web, are quite measurable and can be enjoyed in a recurring manner, yet consumers tend to continue making purchases in conventional ways, unsophisticatedly avoiding to do research or change their habits.

It’s all about information

“In today’s fast changing world, consumers are often overloaded with information but they do not necessarily always have the information they need.”

So what’s missing here is the appropriate information for the consumers, so that they can make the best decisions. Here’s where the next behavioral bias comes in, Ambiguity Effect [1], which is a cognitive bias where decision-making is affected by lack of information, or “ambiguity”. One possible explanation of the effect is that people use rules of thumb (heuristics) to decide, so they can avoid getting confused when vital information is missing.

The most important factor of that information deficit is the legislative framework.

“The Empowerment Survey published in 2011 showed that one in four European consumers do not feel confident and more than one in three does not feel knowledgeable.”

In that case, a well-informed consumer will be more confident to make online purchases. Other suggestions/solutions of the European Commission are the ‘Common European Sales Law’ and the ‘Data Protection Reform package’. The seeking outcomes of all these actions are: increasing trust in the digital market, improving information, and raising awareness of consumer rights and interests among both consumers and traders (2012, p. 4, 9).

“[…] our population is ageing, markets are becoming increasingly complex and some people may neither have the opportunity nor the ability to master the digital environment.”

As far as European Commission is concerned about the EU consumers who would be characterized as socially excluded from the digital environment, it would be vital for them to understand and take into regard the various effects of the principals of Social Norms. That is, everyone wants to be a part of a team; it’s the human nature. Therefore, they dislike the opposite, the exclusion from and neglect by a social team or community.

Practically, the EU consumers have to be somehow persuaded that ‘buying products online is the new trend’ and everyone who does so is apparently included in that social team, or even social elite.

Consumer organizations could, therefore, get involved in creating bridges across EU consumers and the digital market. But, what we should take into consideration, as the European Commission states in their ‘Agenda’ (2012, p.6):

“Consumer organisations play an essential role in improving consumer information and knowledge, but their situation varies enormously between Member States. Those operating at national level, in particular, often lack resources and expertise, and their role in channeling and filtering consumer concerns are not always properly recognized.”

In conclusion, it seems that many of the EU Consumer Policy suggestions to the problems that consumers face seem to be inextricably connected with Behavioral Economics principles.

There is a behavioral research center, the ‘Joint Research Centre of the European Commission’, which makes behavioral studies for a wide variety of issues inside Europe.

More specifically, according to the report of 2013 which is titled ‘Applying Behavioral Sciences to EU Policy-making’ (p.1):

“Well-designed behavioral studies can offer useful insights to policy-makers by generating the evidence required to improve policies. Such studies are applicable to a wide range of EU policy areas, wherever a behavioral element exists. Whether policy-makers aim at changing behavior or designing better regulations, greater knowledge on how people are likely to behave should serve them well.”

To sum up, there must be an intentional correlation between the EU Consumer Policy and Behavioral Economics, even if that’s not stated anywhere explicitly. The outcome of that correlation could only have positive impacts for the EU consumers in both terms of wealth and welfare. 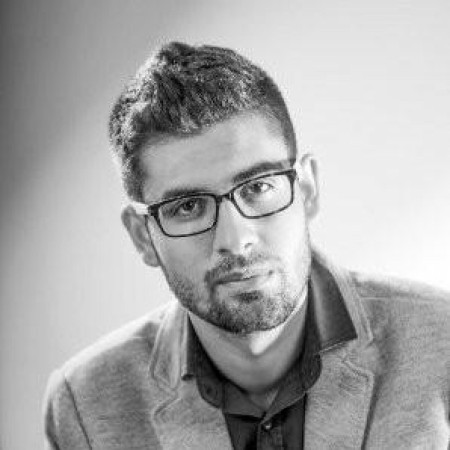